A Proud History of Commitment to Our Patients and Each Other 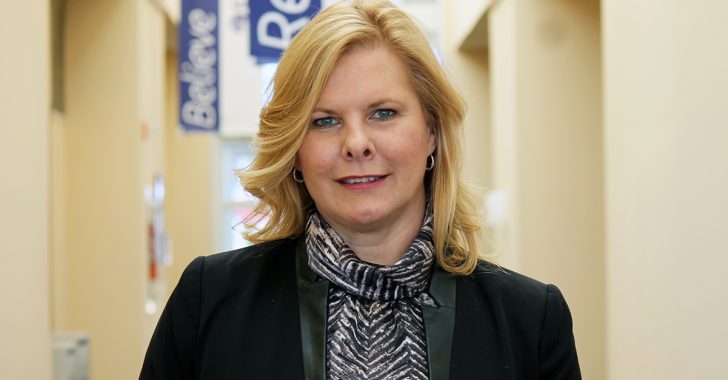 Eagleville Hospital’s legacy has always been a natural selling point for Denise Hennessey, the hospital’s Clinical Recruitment Manager. After all, few substance use disorder treatment facilities have been around as long as Eagleville.

The hospital opened in 1909 in Montgomery County, a Philadelphia suburb. Back then, it was known as the Philadelphia Jewish Sanatorium for Consumptives. Today, Eagleville is a 305-bed, independent, non-profit addictions and behavioral health treatment and educational center.

It’s also on the cusp of a sweeping, campus-wide revitalization, which, as of late, has been taking priority in Hennessey’s conversations with potential new hires. As the Clinical Recruitment Manager, Hennessey scouts candidates for Eagleville’s nursing team. She’s a nurse herself, but she’s spent the most recent phase of her career in human resources including four years as the Director of Human Resources for Einstein Medical Center Montgomery. Before this Hennessey served as the Assistant Director of Human Resources at Montgomery Hospital.

“I love it here, particularly at this moment, with so much about to unfold around the campus,” she says.

From the outside, it looks like the start of a new era for the hospital, and it is in at least one respect, Hennessey says: “The leadership is visionary.” The changes they’re planning are about more than simply keeping pace with an escalating opioid epidemic. Eagleville is also implementing the latest research-supported treatments, which is part of a larger initiative to assess every aspect of their process.

But in a number of other ways, Hennessey says, Eagleville Hospital also remains firmly rooted to the qualities that have sustained it through its rich and enduring history.

“There are employees who have been here for most of their extensive careers, and they’re incredibly dedicated to what they do,” she says. “They’re role models to me and the other new staff. But every employee really plays an important part in achieving high-quality outcomes for our patients. Everyone is a valued member of the team.”

In that vein, Hennessey says she aims to uncover the person behind the rÃ©sumÃ©. Necessary as experience is, it can be overstated. Of greater priority to her is a committed candidate who aspires to be fully engaged in their work each and every day. Look closely at Eagleville Hospital’s legacy and you’ll find a mosaic of people who meet that very description.