Click the Referrals tab below to access our new referral system
GET HELP NOW / Call 1.800.255.2019 1.800.255.2019
DONATE NOW
Home Directions
Home > How Cognitive Behavioral Therapy Can Help with Substance Use Disorder

How Cognitive Behavioral Therapy Can Help with Substance Use Disorder 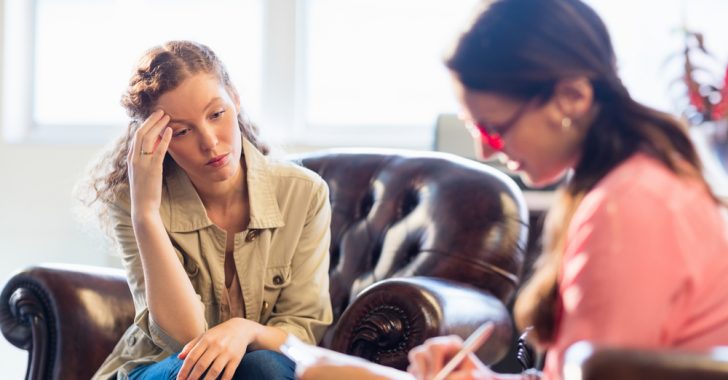 We’re all susceptible to doubts, fear, even a tendency to focus on the negative in life. But this mindset can be especially paralyzing for someone struggling with substance use disorder. It’s compounded even further if the person has an “all-or-nothing” mindset.

People who struggle with addiction and have an all-or-nothing mindset convince themselves that if they can’t live a perfect life and have perfect relationships, it’s better not to have any of it. In other cases, the opposite is true: some believe that substance use enables them to cope with feelings of anxiety, chronic pain, or deep depression, despite evidence that it does more harm than good.

When a person’s thinking becomes skewed by all-or-nothing thinking, finding footing in the world can be difficult””but it’s possible to regain control using cognitive behavioral therapy.

One reason for CBT’s rise in popular is its ability to yield long-term results from a comparatively short period of treatment. Research has found that people in recovery who engage in CBT may continue improving even after treatment formally ends.

CBT is also proving to be an effective treatment for mental health disorders like depression and anxiety, which commonly co-occur alongside substance use disorder.

CBT is based on the idea that learning processes plays a central role in developing any kind of dysfunctional behavior. We’re not born behaving in destructive ways””it must be learned.

And if it must be learned, then there’s a chance it can be un-learned. This is what CBT does: it empowers people to make positive changes to their behavior by identifying and learning to correct it.

For someone who’s succumbed to all-or-nothing thinking, that sense of powerlessness feeds itself. The more prevalent it becomes, the less incentive the person has to be optimistic, to create goals, and, eventually, to harbor even basic expectations for their well-being. CBT aims to restore their self-control.

In an inpatient treatment program like Eagleville’s, this typically involves:

A CBT session might resemble a talk therapy session in which a client and trained therapist communicate confidentially about the client’s thoughts and actions. But it’s more than that: it involves skill-building that’s usually supplemented with “homework” done outside the therapeutic setting.

By doing some of the learning on their own, clients ultimately become less reliant on the therapist for their long-term mental health.