Six Ways Recovery Can Be Different for Men 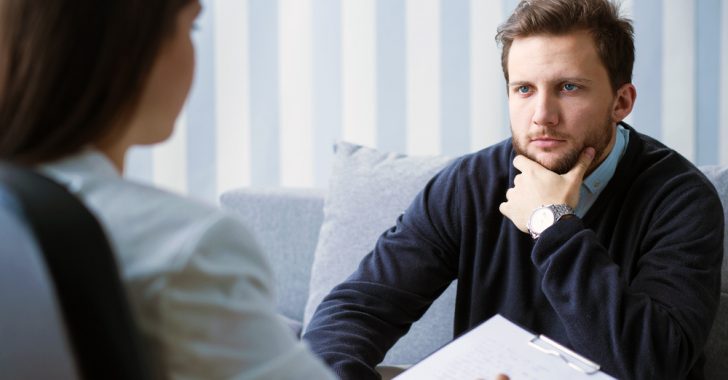 No two people in recovery have the same story, but substance use and mental health issues often affect men and women differently.

That’s not necessarily because men’s brains experience addiction differently but because of how society conditions us to believe that this happens, even when it doesn’t.

“The biggest difference in recovery for men and women is about how society views men’s mental health differently from women’s,” says Anita Rosenberg, LPC, CAADC, a Clinical Coordinator at Eagleville Hospital. “In treatment, we know that men and women are just regular people with their own lives and stories and histories, but that’s not what society””even their own friends and family””may be telling them.”

In recognition of International Men’s Health Week, Rosenberg notes six misconceptions (and there are many others) that contribute to different recovery experiences for men and women.

“In certain cultures, men are led to believe it’s more socially acceptable to have a substance use issue than a mental health issue because that’s a demonstration of weakness,” she explains. “Because of this, many men in recovery are more open about their experiences with addiction than they are with their mental health.”

Misconception #2: Only women can have a history of abuse

In society’s warped view, a “real man” can defend himself from an abuser. Physical, sexual and other kinds of abuse supposedly happen far less to men than women, which leads to a great deal of shame when it happens.

For Rosenberg, sometimes helping a male client identify trauma as such is half of the work.

“Men tend to have just as much of a history of trauma as women,” she says, “but women are more able to discuss it and access resources to deal with it. Some men don’t even realize that something that happened to them is trauma, or they think it’s normal to cope with their trauma in a certain way because they’ve been dealing with it for so long, or they think it’s related only to substance use and not their mental health.”

To address this, Rosenberg and other therapists provide education and enrichment, helping their clients to identify how their experience and thoughts and emotions relate to both substance abuse and a mental health diagnosis.

Misconception #3: Men must be handled differently by the criminal justice system

Though it’s not the experience of Rosenberg and her fellow Eagleville therapists, some people believe that men are inherently violent and untrustworthy. Because of this, men and women are often treated differently by the criminal justice system.

“We tend to see more of a history of legal issues with men than women,” Rosenberg says. “That’s not because men are more likely to be involved in illegal behaviors overall but because they are sometimes treated differently when engaged in illegal activity.”

For example, a woman arrested on a paraphernalia charge might be sent for treatment, whereas a man arrested for the same thing is more likely to be punished for it.

Misconception #4: Men are responsible for financially providing for a family

The pressure to financially provide for a family can weigh heavily on men. Rosenberg says that constant stress about finding or holding down a job, paying bills, and managing recovery can take a toll.

“Having trouble paying the bills or keeping work can affect how a patient feels about himself and how he views his future,” she says. “If you’re always worried about making ends meet right now, it’s harder to engage in the future-oriented thinking that’s vital to recovery.”

Misconception #5: When children are involved, men must remain in relationships””no matter how toxic

Related to societal pressure to provide for a family, Rosenberg sees men pressured to remain in unhealthy relationships when they’re the financial provider or they have children with their partner.

“Men often feel a sense of obligation to maintain a relationship with someone, even if that person is a trigger for them, because that person was also with them through their addiction,” she explains.

Managing that response depends on the client’s willingness to see what needs to change. “Sometimes they’re against separating from the relationship, so we address what they are willing to do differently. We discuss what they can do to alleviate the stress of the relationship without turning to substance use.”

Misconception #6: Continuing care after discharge is not necessary for men.

Therapy may involve discussing the ways that society pressures men to be impervious to trauma or to neglect mental health. But that doesn’t mean the pressure vanishes after discharge.

“We talk about how to prepare for life after discharge, especially for clients who have family or friends who may discourage them from following a treatment plan,” Rosenberg says. “We emphasize that going to an outpatient program will provide support and acceptance, just like they received here at Eagleville.”

Rosenberg says that many men are open to following through with their after-care and recognize that it’s the next step in their recovery process.

“When they’re here, those harmful societal rules don’t have to apply, but we have to prepare them for when it starts back up again,” Rosenberg says. “Recovery doesn’t end here””it just starts here.”