A Mother Makes a Startling Realization About Herself 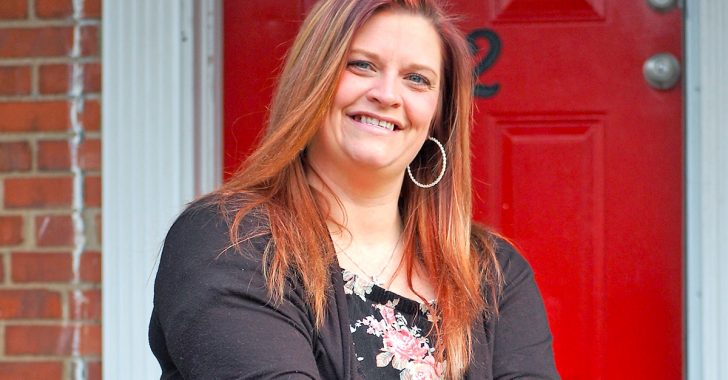 Even though Melissa W. knew she had a substance use problem, she was determined to remain functional.

“My kids went to school, I was at all their activities, and I kept a full-time nursing job,” she says.

Not until she was arrested and charged with possession with the intent to deliver drugs, a felony.

Melissa “dabbled in pills” in high school, but her drug use was never a concern to her then. That changed when, at 25, she was prescribed OxyContin to help relieve a herniated disc that stemmed from a car accident.

Before long, Melissa knew she was in trouble.

Her doctor tried to wean her off, to little effect. Melissa admitted herself to Kindred House, a women-only, long-term drug and alcohol rehab center in West Chester. After four and a half months there, she returned home determined to stay in recovery.

Her resolve didn’t last. Within a year, Melissa would try heroin for the first time. Twelve months later came her arrest.

Melissa spent seven-and-a-half months in the Montgomery County Correctional Facility, much of that time with the prospect of a two-and-a-half- to five-year sentence at a state prison looming over her.

She was further traumatized by separation from her daughter and son, then nine and five, respectively. They spent the week with their dads and the weekends with Melissa’s mother, who was reeling. Until the arrest, she had almost no idea about Melissa’s drug use.

Separated from her children and her nursing license suspended, Melissa opted for drug court in a humble effort to turn her life around.

From the correctional facility, she went to Eagleville Hospital for treatment. Melissa arrived here with a newfound commitment to herself and a budding sense of peace after finding God in jail, the one good thing to come from her time there.

“I was jealous of those in jail who had faith. I was raised Catholic, but I hated it,” Melissa says. “Once I started praying, though, I found peace, and that became really important in my recovery.”

Melissa spent two and a half months at Eagleville, every day casting her life in a new light.

“Eagleville was an amazing experience,” Melissa says. “I was finally able to figure out a lot of stuff, like why I got high in the first place.”

She recalls a day when one of the vending machines broke and some of the other patients stole packs of cigarettes from inside. “I didn’t because I was still in drug court. But I did try to buy some chips because I was so hungry. I put my money in and nothing happened, so I just took a bag,” she says. “But I couldn’t stand the guilt. I confessed to one of the counselors. She didn’t dismiss it, but she basically said, ”˜You’re only human.’ It was the first time that I could remember that I didn’t feel judged.”

Melissa graduated from drug court in 2016 and is now well on her way to reclaiming her life. She and her children have been reunited, and she recently earned her nursing license back. Serious about her recovery, Melissa also returns to Eagleville regularly to attend meetings and visit with the staff who helped her along the way.