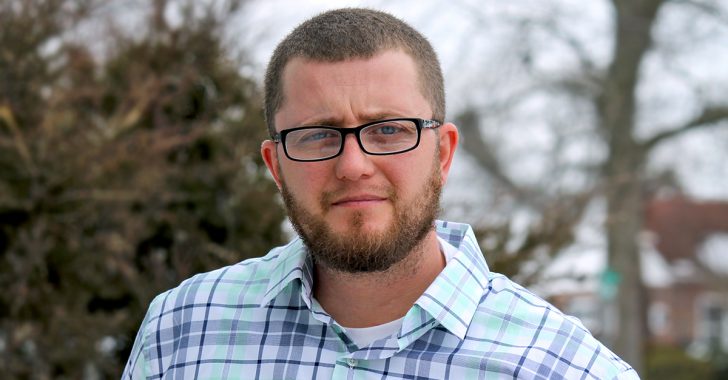 Greg Early has been in recovery for four years, but he’s not disconnected from his former life. In the last few weeks of 2018, four people he knew died of overdoses. Greg sees himself in each one of them.

“I spent most of my twenties in jail and rehab,” he says. “Honestly, a lot of people don’t know how I’m alive today. Somebody’s on my side, and I have a purpose.”

Greg entered Eagleville Hospital and other treatment facilities more than 10 times over the course of his teens and twenties, and he was enrolled in the Montgomery County Drug Court. But Greg, who began using marijuana and prescription pills at age 13, struggled to meet the court’s stringent standards.

“I just got tired of going to jail, of struggling every day,” he says. “I have no desire to use now. I can even see people use and it doesn’t bother me.”

Greg is cut and dry like that. He says he always paid attention during his numerous attempts at treatment, but his recovery didn’t truly begin until he arrived at a moment when he was ready to embrace it.

“I always went back out and used because I wasn’t ready in my heart and head,” he says. “A lot of people will tell you, until they’re ready, it’s like beating a dead horse. But my therapists always told me, “You’ll be back and you’ll get it.'”

As much as he struggled, Greg was never deaf to the pleas of his family and probation officers. So he entered treatment again and again. And each time, almost as soon as he left, he relapsed.

These days, Greg returns to Eagleville when he can to talk with patients. “I tell them that they have to play the tape all the way through,” he says. “If they use one time, it’s going to lead to a second time, and a third, and a forth. Then what?”

Greg is also careful not to glorify recovery. He’s proud of the progress he’s made but doesn’t gloss over or wallow in the inevitable grind.

“Some days are just bad,” he says. “I don’t necessarily want to get high, but I have to keep pushing,” he says. “I have two kids [ages one and three], car payments. We bought a house last year. It’s not easy. I have a good job, but we ain’t rich.”

Greg spent so many years in addiction that his current life is one he couldn’t have imagined, until he started living it. And now that he lives in recovery, it’s everything to him. Cut and dry.