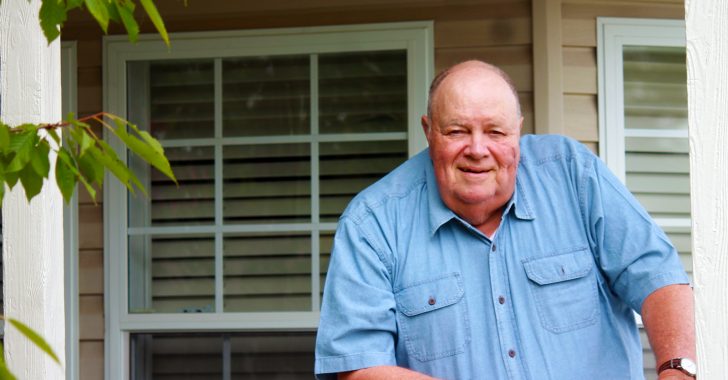 At 71, Greg B. Proves it’s Never Too Late to Confront Alcoholism

In hindsight, Greg B. believes his downward spiral was inevitable.

He was a binge drinker for as long as he can remember. And his behavior alternated between making allowances for it””a DUI charge once spurred him to temporarily stop driving while he was intoxicated””and turning a blind eye to it.

Greg’s drinking truly escalated, however, when he retired as a local business school dean about four years ago. His reason for maintaining a faÃ§ade fell away, and Greg began drinking more often and with greater intensity.

The start of sobriety

He reached his lowest point early in the summer of 2017. In the midst of a four-day bender, which included multiple blackouts, Greg climbed into his car”-Only by the grace of God did I not kill anyone or myself,” he says””and found his way to his son’s home. He couldn’t go on like that.

“My life was unmanageable and I was powerless,” Greg says

His son took him to a nearby hospital. Within hours, Greg was surrounded by all three of his adult children and his wife. A day later, they were with him when he entered Eagleville Hospital, where he would spend the next 10 days, the first five in detox and another five in individual and group therapy.

Greg was desperate for help. His first night at Eagleville, completely out of sorts, he found it in a nurse who stayed close to his side throughout the night.

Brief as his stay was, the therapy changed him, or at least, set that change in motion. Much of the dialogue centered on the importance of honesty and the openness it’ll ultimately afford. It led Greg to an obvious but necessary realization: “I discovered that I was an alcoholic. I admitted and accepted it,” he says. “The acceptance of it was what helped me. Alcoholism is part of who I am.”

Now, at age 71, Greg frames his life in terms of his time before Eagleville and his life since leaving there. His children gave him a silver bracelet that he wears every day. It’s engraved with DA2WEST and JUNE 27. The former refers to the section of Eagleville where he stayed, the latter, the day he was admitted, his first full day of sobriety.

It wasn’t until he became sober that Greg, who describes himself as an outgoing guy, started to realize just how far within himself he’d withdrawn. He used to take offense to his daughter’s unrest, not understanding why she couldn’t just leave him alone. But he’s come to see, through Eagleville and ongoing therapy, what she knew all along: She was losing her father.

The moment Greg asked for help, his family rallied around him. “I had sit-down discussions with each of my kids recently to make amends and talk about how my drinking affected them,” he says. “It was water under the bridge to them, though. They were just so happy and relieved that I was doing something about my alcoholism.”

Each has attended an AA meeting with him. Greg says his mere presence and the communication that’s followed it have helped him “rediscover” his family.