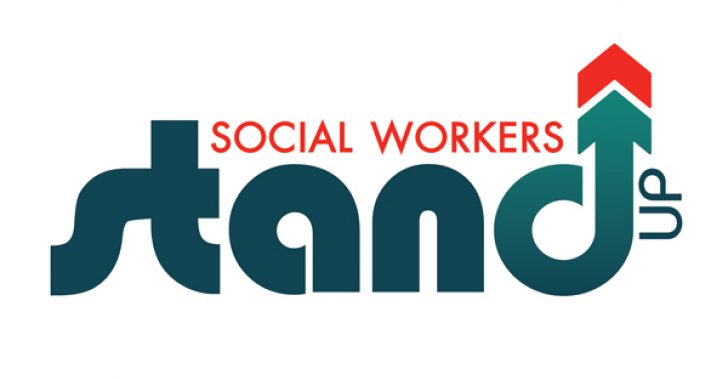 The field of social work is a key component to many establishments on a macro level. The interpersonal communication that social workers provide with patients or people in need, serves as an important stepping stone to the person’s recovery or general improvement. In the realm of drug and alcohol rehabilitation, this kind of expertise is fully realized. Specifically at Eagleville Hospital, the social workers who are present on campus are an integral component of the staff, and their counseling efforts assist patients in making a full recovery, and making that recovery to be attainable in the first place.

In total, there are 11 licensed social workers (LSW) or licensed clinical social workers (LSCW) on the Eagleville staff. It should not be a surprise however, that the term “social work” is a broad one, and that there are a variety of different positions within the field. Of the 11 that make up the staff at Eagleville, three of them; Rachel Thomas, Megan Herbert and Denise Kitson, all execute distinct roles that fall under the umbrella of social work. Combined, their efforts are utilized to serve the wealth of patients at the hospital.

Thomas, who started with Eagleville in 2005 upon completing her Master’s Degree in Social Work from Bryn Mawr College, holds the title of Case Manager at Eagleville. She described the specific day-to-day functions of the position.

“I’m responsible for all of my 32-person unit’s aftercare planning, and discharge planning,” Thomas said. “From the beginning of their stay, all the way until the end, I’m figuring out where the safe place is that they’re going to live after they’re released from the hospital, and where they’re going to continue their ongoing counseling after Eagleville. I also communicate with any outside probation officers. Generally, I’m making sure that they walk out of here with a solid plan.”

Obviously, such a position is subject to a variety of personal situations regarding the patients, and therefore each one must be handled differently. Thomas went on to describe some of those differences, and the level of difficulty associated with each of them.

“Every day is different,” Thomas said. “Some patients have very stable housing conditions, some may already be established at a counseling center that they want to return to, and some may even have a primary care physician that they’re welcome back at. Alternatively, some patients could be homeless, have very little money, and have no family support. Those are the more difficult cases, because they don’t really have any idea of what they want to do.”

Given the variety of situations that she could potentially be presented with, Thomas believes that it is important to have a consistent thought process that works, and employ it throughout the day to solve problems. She has utilized this mindset in both her current Case Manager position, and in her previously held Therapist position.

“For me, the way my brain works, I enjoy having a “to-do” list, and seeing that list come to fruition,” Thomas said. “If we need to get housing, let’s find housing. If we need a doctor’s appointment, let’s get a doctor’s appointment. I like being able to clear my desk off at the end of the day, and knowing that specific goals were accomplished.”

In relation to Thomas’ position of Case Manager, Megan Herbert’s work as Therapist covers different ground, but it also falls under the umbrella of social work as a whole. Herbert has been working for Eagleville in her Therapist position since 2014. Initially however, she did not see herself going into addiction counseling.

“When I was in school and grad school, all of my professors and supervisors told me to steer clear of addiction,” Herbert said. “They all said that I wouldn’t want to do it, and that it was a thankless job. But then after I graduated and was looking for jobs, I eventually took one at an in-patient drug and alcohol clinic in Syracuse. I loved the clients I was working with, and the in-patient setting itself.”

Herbert’s work as a Therapist involves both individual and group sessions with patients.

“We sit down and go in-depth with the patients, and see what they’re struggling with specifically,” Herbert said. Then, from there we figure out what their end goals are, and the best ways we can get them to reach those goals.”

Despite the great work that all social workers provide at Eagleville, there are still obstacles that they must overcome along the way. Other than just the miscellaneous rule-breaking that may occur with the individual patients, (smoking in their room instead of outside, flirting with another patient, potential contraband, etc.) there are structural issues on a macro level that affects the field of social work as a whole, and the ability for patients to receive proper care.

Denise Kitson, Eagleville’s Director of Counseling Services, and member of the National Association Of Social Workers (NASW), explained some of the problems that exist in the field.

“One of the things that I’ve seen working in the field in Delaware, Pennsylvania and Florida, is that we don’t have a universal licensing board,” Kitson said. “Since every state has their own, it makes it very difficult. In terms of professionalizing the field, it would be nice to have a universal, nationwide board that takes care of everyone.”

Kitson also explained the benefit of being an NASW member, and the work that the organization does to help the field.

“The organization does a lot of advocacy to keep the field moving forward,” Kitson said. “They do a lot of lobbying in Washington, for or against that which may affect our patients or field negatively. So if I see something that is of interest or concern, I can find out through them what the field as a whole is fighting for.”

On top of all of this, and something that the NASW might deal with directly, is the fact that there has been a reported shortage of addiction counselors nationwide. Statistics show that one in four substance-abuse clinicians will eventually leave the job entirely. In short, the supply for addiction counseling personnel is not meeting up with the demand, which has increased in recent years due to the opioid epidemic, among other factors.

Social workers as a whole, particularly those who work in the sector of substance-abuse rehabilitation, know that it is a job prone to a lot of paperwork, long hours, and relatively modest pay, considering the amount of work that they complete. It is a job that has the potential to burn out an individual, which can explain some of the shortage of personnel in the field.

“It’s a job that you don’t take for the money,” Thomas said. “You really need to be doing this because your heart is in it. You’re not going to become a millionaire in the long run.”

While the issues highlighted above certainly need to be addressed within the field, it is the kind of dedication that Thomas highlights, which allows a social worker to keep coming back to their job on a daily basis.

“Sometimes you have a client come in and you wonder how they have even survived,” Herbert said. “To see that, and then see them at the end of their treatment where they’ve shifted to a functioning person who is able to laugh and enjoy life is amazing. That kind of progress makes the job all the more rewarding.”

This kind of outlook on the job is conducive to success with a patient in need. It is the kind of attitude that is able to overcome the issues that social workers face on a macro level. It also undoubtedly proves that social workers such as Thomas, Herbert and Kitson are making Eagleville a better place, and serve as a model for how to serve in the field of social work and counseling as a whole.