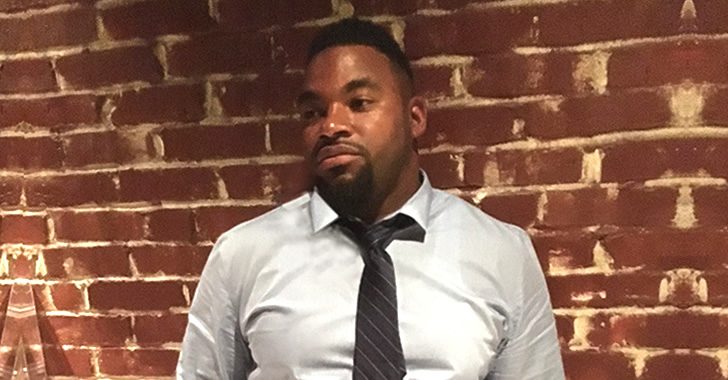 If one word describes the unique personality of the staff at Eagleville Hospital it is positivity. And one staff member who clearly represents the human embodiment of that essential characteristic is Keyente “Key” Moore.

A six-year veteran of the hospital staff, Moore started out as a tech working evenings, and eventually progressed to his current position as second manager in the transportation department.

From the moment he started at Eagleville, he was able to adjust the way he regarded addiction and treatment, allowing him to truly embrace his work. “I never had to deal with addiction — except for family members, but not myself — so I initially looked at those who were addicted as people who were weak-minded. But as I grew in my position and learned more at Eagleville, I realized that addiction is a disease and a real problem for people.” At the same time, what was once “just a job” for Moore became a career with greater meaning.

Having grown up in Conshohocken during the ”˜80s and early”˜90s, Moore was no stranger to an environment of drug use, crime and addiction. “If you look at Conshohocken now, it’s almost like a college town,” Moore said. “But when I was growing up there, drugs and crime were heavy. I’ve seen it; I know how it is, and I’ve dealt with a lot of people who were involved in it. Working here, I’ve seen a lot of people who grew up with me. That can be hard sometimes, but I’m able to deal with it.”

Moore gave thought to how his position in transportation varies from his first days as a tech. His day-to-day work now involves more interactions with patients on an individual level. “I do the majority of pickups of patients from our criminal justice system, and I’m able to talk with them and really relate to their situations,” Moore said. “Working on the units is different because you have 50 other people to deal with. With my current work, there is more one-on-one time, so I am really able to communicate with the patients and understand what their unique issues are.

“They tell me they really love it here,” Moore said proudly. “They say Eagleville is one of the best environments they’ve ever been in. That makes me feel good about what I do every day.”

Moore’s solid work ethic and enjoyment of his work is easily observed by his co-workers. Ronald Blalock, Director of Transportation and 38-year veteran at Eagleville, confirmed that Moore is an integral part of the department, and vouched for his status as a quality, valued employee. “He’s dependable and I know I can trust him,” Blalock said. “Anybody who is steady, like Key, is a major plus. We have 300 patients here; we need people who are comfortable with them, so they can be comfortable with us. Key is not directly supervised when he’s out driving, so the job allows him to make some decisions on his own. He’s always been reliable.”

A Passion for Football

For some people, making a solid contribution in a job they take pride in would be enough to carry them through life. But Moore also allocates time to another driving passion – football.

Moore’s own football career was filled with potential. A standout running back at Plymouth-Whitemarsh High School, he received a full scholarship to Massachusetts University. From there, his path altered. “I had a full ride, four years at Massachusetts,” Moore said, “but I ended up getting in trouble – really. I got kicked out and ended up at La Salle University where I am working towards my masters degree.”

His perseverance and dedication to football rang true when he decided to turn his efforts within the sport to coaching. With that decision, he was able to discover a world of opportunity. As in his position at Eagleville, he is able to assist in the development of others, only he does it on the gridiron.

Moore directs his seemingly endless energy and attention to full-time running back-coaching duties at Plymouth-Whitemarsh, as well as his own non-profit organization, Pennsylvania Students Will Achieve Greatness (PASwag http://paswag.net).

“I mentor high school players; I give them advice, tutor them, train them,” Moore said. “We have a team called Swag Seven-on-Seven that travels throughout the entire country. We play with top players in the state and the nation.” Moore’s recruits typically are drawn from outside of Philadelphia. “I try to keep it outside the city limits, because there are already multiple groups doing the same thing there,” Moore said. “In the suburbs, there’s actually less exposure, due to the fact that people feel that some of these kids aren’t good enough, or their league is too small. I try to give these kids a platform to stand on.” One of the central pillars of Moore’s coaching comes in the form of his PASwag Elite Seven-on-Seven Championship Tournament. Taking place in Manheim, Pa., the competition has been up and running for the past six years.

A Force for Positivity

Moore undeniably is a central figure in making these young players’ dreams a reality. “By pushing them, giving them exposure and introducing them to college coaches, these kids realize that they can play on that collegiate level,” Moore said. “It is part of what I’m trying to do with my brand — give kids the opportunity to excel in the sport they love, and provide them with a free, quality education. That’s the end goal.”

Moore has yet one more title to be proud of – devoted “family man.” Married for eight years, and father to three children, Moore said, “I love spending time with my family. Just simple things — watching a movie, hanging out — that’s what we like to do, and it’s a big part of my life. If your family isn’t right, then nothing’s right.”

Truly Moore is a testament to the kind of employee Eagleville seeks out. Wholly dedicated to performing his job at a high level, he also finds time to give back to his community and use his passions as a tool to help other people. He’s able to effectively compartmentalize, and does not allow his football coaching to override his job in the transportation department, and vice versa.

Most importantly, Moore represents the qualities that Eagleville has come to represent: dedication, hard work and a pronounced desire to help others. It’s a rare person who possesses all of these positive traits, but Keyente Moore proves that such a person indeed exists and chooses to make Eagleville Hospital his professional home.