Rick L. Began His Own Recovery While Supporting His Son’s 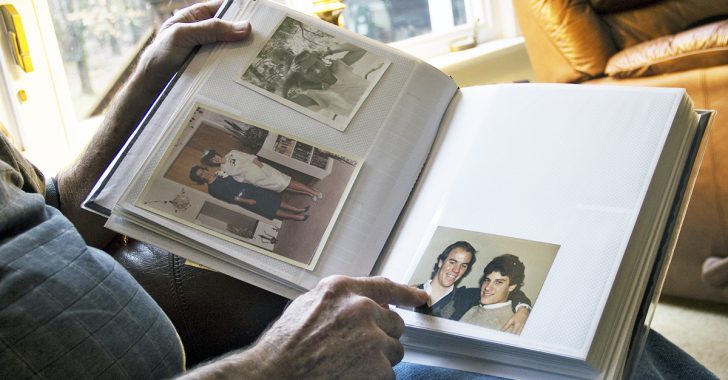 At first, Rick was blindsided by his younger son’s transformation. A good-looking, outgoing teenager, Jeff became indifferent and introverted practically overnight. Rick gave Jeff plenty of space and wrote it off as a phase””after all, hormones could wreak havoc on a 14-year-old’s self-esteem.

It wasn’t until Jeff’s behavior became erratic that Rick, now 73, knew something more serious was going on.

“He kept getting in more trouble,” Rick says. “There were ER visits. He smashed his car. We put him in a Catholic school, which lasted about six months. By the time Jeff was 20, he’d been to jail and in and out of a couple different rehabs. I was in total denial””I didn’t understand addiction. I didn’t accept that it’s a chronic disease.”

By the point that Rick and his wife understood that their son was in active addiction, life at home was “tumultuous,” Rick says. He and his wife fell back on a good cop-bad cop routine, and Rick developed high blood pressure from the stress of coping with his son’s disease.

“We found a booklet for a long-term treatment program in Houston,” Rick says. “They said they would take him, and we didn’t have many other choices. He said he would go, so we put him on a plane, and he’s been in Houston ever since.”

Jeff completed all three years of the program but relapsed six months later. Now 51, Jeff has remained in Houston since he was 20 years old. His recovery journey has lasted for decades and continues to have its ups and downs.

“I always kept a line of communication open,” Rick says.

He talks or texts his son every day. In fact, the previous night, Jeff sent a text saying he’d just earned his nine-month chip. It means something to Rick to hear that, but his wellbeing is no longer tied so tightly to Jeff’s behavior.

And it’s taken him some time to get there.

In 2010, Rick attended his first meeting of Nar-Anon, a 12-step program for those affected by a friend or family member’s addiction. Similar to AA and NA, participants are encouraged to share and ask questions at meetings. A group meets Sunday nights at Eagleville Hospital.

At first, curiosity brought Rick to Eagleville for those meetings. As he sat and listened, he realized he was surrounded by people just like him.

“When it was my turn to talk, I said I just needed advice. They told me they don’t give advice. Just keep coming back. So I did,” Rick says. “After a couple months, I realized I had an opportunity to recover for myself.

“The first step was accepting that Jeff has a substance use disorder and that I’m powerless over it,” he says. “From that moment, my life started to change. The exposure to those steps gave me the opportunity to change and make good choices, whether he does or not.”

Today, Rick shares his plight as part of the orientation for family members at Eagleville. Less important than getting into the specifics of what his family’s endured, he says, is ensuring that his audience knows they can forge their own recovery.

“When I told Jeff on the phone one day that I was in a support group, he said, ”˜You recover?’” Rick explains. “But now Jeff knows my boundaries. And I hope it’s helped in his recovery.”