Tom Coates Pays it Forward Every Day at Eagleville 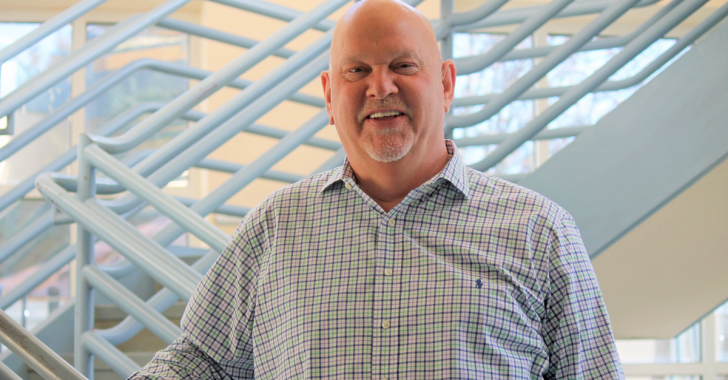 In August 2018 Tom Coates celebrated his fifth year of employment at Eagleville Hospital. It’s a milestone he once could have never imagined achieving.

Coates’ journey to recovery began nearly a decade ago. He was two years into his third marriage and up until that point, had never held a job for longer than a couple of years. Now he was about to lose yet another position.

“When we met, I acknowledged I was a recovering alcoholic, but I was using behind her back,” he says. “I always managed to work and get by. However, the circumstances surrounding that day were my saving grace.”

In 2009, he was suspended from his job as a registered nurse at a nursing home and, in the process, his employer notified the Pennsylvania State Board of Nursing of his behavior.

Not long after, a couple of men in suits appeared at his front door and asked for his side of the story. Tom explained that he just wasn’t feeling well. But he knew the dam was about to give.

“For me, it was really a perfect storm,” he says. “If the state board hadn’t knocked on my door, I can’t imagine I would have changed. I couldn’t imagine a time when I wasn’t using, though I questioned whether I could stop all the time. I felt hopeless.”

A few days after that interview, Tom received a letter from the state’s Board of Nursing requesting that he report for a physical and mental evaluation. The date was weeks away, and he hoped he could change his behavior in the interim.

He couldn’t. The morning of, he called to cancel his evaluation and ask for help. Before the end of the day””April 8, 2010””Tom was admitted to the hospital. From there, he went into treatment and entered his longest stretch of sobriety in his adult life.

“It’s not a simple life. I don’t think there’s any such thing anymore. But it’s close,” Tom says. “Through the course of eight years of being involved in a 12-step program, I’ve realized the value of self-analysis. I’ve found a higher power and I’m always trying to do the right thing””while acknowledging that I’m going to fail often. But I get on my knees every morning and night.”

After 20 years in geriatrics, Tom entered drug and alcohol treatment from the other side. In August 2013, he was hired by Eagleville Hospital, where he works in the acute psychiatric unit. He says he’s drawn to helping people with a dual diagnosis, or co-occurring disorder, of a mental health condition and substance use disorder.

Tom’s work remains a sharp reminder of how many people are impacted by addiction. In 2017, Tom lost his oldest son to an overdose. “If there’s a silver lining, it’s that it motivated my other son to ask for help,” Tom says. “My son is 28,” he says. “At 28, I couldn’t have done what he’s doing. It took me 20 more years.”