Uncovering the Will, Then Showing Him the Way 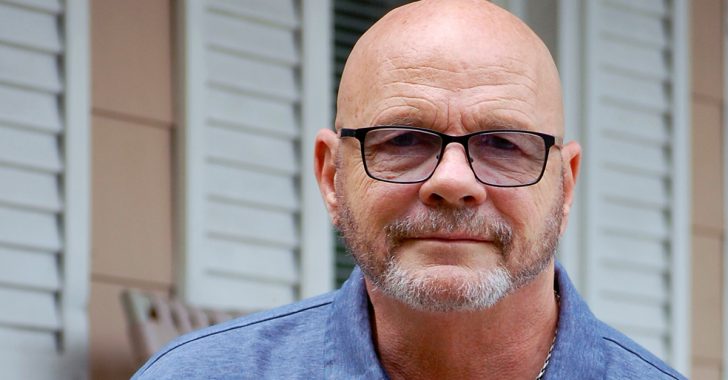 It’s 1983. After spending the last decade in prison, 30-year-old John Machen is arrested again, this time for possession.

“I started using when I was 12,” John says. “And when I got out of prison, I was using the next day. I grew up in Kensington. Everyone there was hustling, getting high, and going to jail, so it’s what I ended up doing.”

But this time, John didn’t go back to prison. His parole officer intervened and personally took him to Eagleville Hospital. He participated in Eagleville’s inpatient program for six months. This was followed by another six months with the hospital’s outpatient program.

“I was only going to go for the short-term program. That’s what I was supposed to do,” John says of his time at Eagleville. “But once I got there, something in me was stirred and I thought, ”˜Maybe I don’t have to live this way anymore.’”

During his recovery at Eagleville, John underwent a battery of psychological testing, including one that helped gauge his self-esteem. He barely registered a score, he says, which didn’t surprise him. But the ensuing therapy did.

“I learned that I did matter,” he says. “And what was important was how I reacted. Every time I felt like shooting up, I was just replacing a reaction, good, bad or indifferent. I wasn’t feeling anything, including myself.”

Over the years that followed, John learned to let himself embrace those emotions. His confidence grew. He moved out to the suburbs, started a family, and went to work for a car dealership. It was hard for even him to believe how far he’d come.

A substance use disorder is a chronic disease; sobriety, no matter how long-term, isn’t failsafe. In 1999, more than 15 years since John’s first treatment at Eagleville, he relapsed and returned to Eagleville for three months.

“My disease wasn’t strictly about the drug. I was chasing the lifestyle as much as the high,” he says. “I loved the hustle. I had a talent for making money. But the more my focus shifted to getting more things, the less it fell on staying clean. And then it was only a matter of time before I started lying to myself.”

It was difficult for John to re-enter the hospital because he imagined the staff feeling much of the same disappointment he felt toward himself. “I was a bit embarrassed and ashamed, but I was met with love and care,” he says.

His therapist and case worker permitted John to attend local NA meetings as long as a representative picked him up and returned him to the hospital. Seeing so many familiar faces was the reminder John needed that he wasn’t alone in his recovery or his relapse.

“Stephanie had graduated from West Chester University with a degree in nutrition,” he shares. “But like me, she struggled with addiction.”

John decided that he was meant to help other families avoid the same crushing tragedy, so he opened a recovery house in Stephanie’s honor.

Today, his charitable organization, Another Day Clean, operates six recovery homes in Pottstown and one in Phoenixville, all named after people lost to a substance use disorder. Each recovery home provides a safe, structured environment ideal for those in early recovery and beyond.

All of Another Day Clean’s homes are located within walking distance of 12-step meetings, AA clubhouses and local businesses.

“As fast as we open them (recovery homes), we fill them,” John says. “We opened our last men’s house a few months ago. It filled in a week.”

He and his wife also founded a nonprofit called Our Primary Purpose, which helps place people””about 14 a month, according to John””in drug and alcohol treatment. It keeps John connected to Eagleville 35 years after he was introduced to the hospital.

In each instance, he hopes the impression will be as profound as it was on him.